From left: Lynkeos Directors David Mahon and Ralf Kaiser at the Rushlight Awards

Lynkeos Technology was founded in August 2016 to develop the Muon Imaging System (MIS) for commercial applications. The company aim is to solve manmade problems, such as the dangerous task of disposing of nuclear waste, using passive and non-invasive techniques. By learning more about the internal make-up of sensitive objects, safely and inexpensively storing and disposing of them becomes a more realistic task.

The founder and CEO of Lynkeos Technology is Prof. Ralf Kaiser and the Director is Dr. David Mahon. Ralf has over 20 years of experience in detector development and worked in international science diplomacy for 7 years as Head of the Physics Section at the International Atomic Energy Agency in Vienna. David has over 8 years of experience in the field of muography, won Elsevier Young Researcher of the Year and is currently an STFC (Science and Technology Facilities Council) Innovation Fellow at the University of Glasgow.

Lynkeos was spun-out by the Nuclear Physics group at the University of Glasgow after a successful £4.8 million R&D (research and development) programme funded by Sellafield Ltd. on behalf of the UK Nuclear Decommissioning Authority. Since then, Lynkeos has commercialised the Muon Imaging System with an investment from Innovate UK.

The company operates between Falkirk and the University of Glasgow.

Lynkeos Technology has won a number of industry awards, including the Institute of Physics Business Start-Up Award in 2018 and Best Business Collaboration at the University of Glasgow’s Knowledge Exchange and Public Engagement Awards in 2019.

Lynkeos is the first company in the UK to specialise in muography. 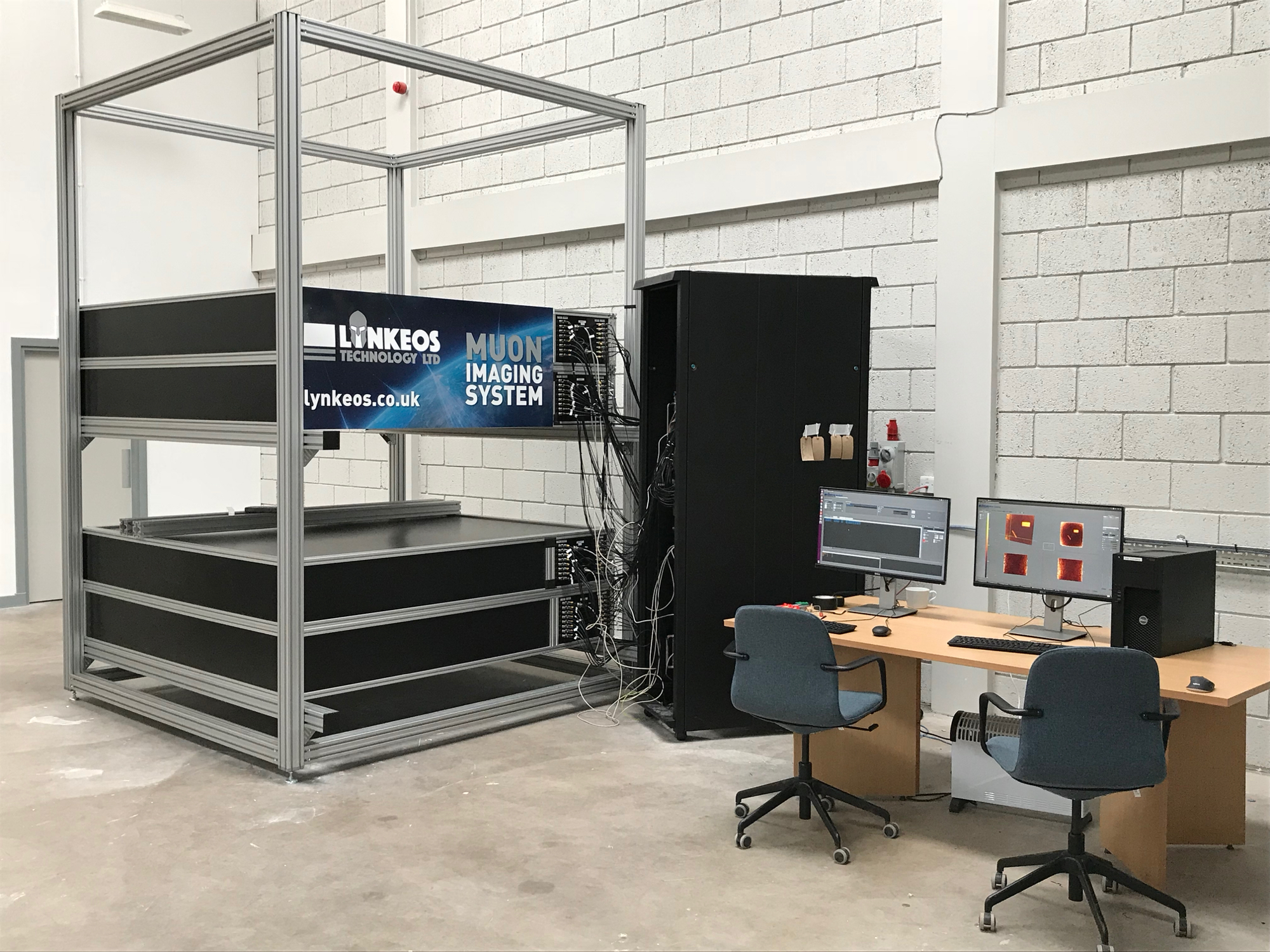 Muons occur naturally as background radiation, meaning they are neutral and not a health and safety concern. Muography does not produce any additional radiation.

Muography is an imaging technique that creates a 3D image based on the path muons take through objects within the Muon Imaging System. This means that the internal structure of sensitive objects, such as nuclear waste containers, can be reconstructed without opening them or tampering with them in any way. Conventional methods such as x-rays are not effective in imaging these objects, as these containers are specifically designed to keep that type of radiation in. Therefore the containers cannot be penetrated by a similar kind of radiation.

“There is no alternative technology that provides a similar imaging capability.”

“Our innovation strategy is driven by the requirements of the end user.”